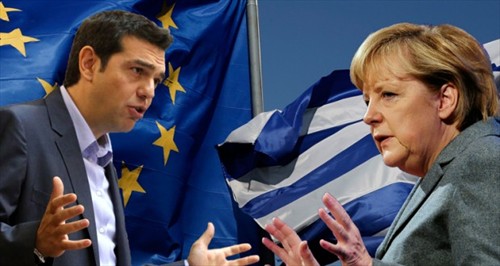 The weekly agenda was full of repeated meetings and conflicting statements, both within the government and in the context of the negotiations with the lenders.

The payment postponement to the International Monetary Fund (IMF) just before the week expires, has already received multiple readings. Analysts consider the already weak validity of the country to be further affected in international markets and some others argue that it was a political move that works as a means of pressure on lenders, decompressing at the same time the tension within the government.

And as government – lenders continue the «Bras de Fer», the possibility of elections seems quite possible.

Find out what's happening in Greece and share your thoughts!

In a vacation mood, just one week before August, citizens are gradually leaving big cities despite the increasing numbers of new Covid-19 cases. On the other hand, tonight is the opening ceremony of the delayed for a year Olympic games, offering hope and optimism all over the world.

qed social and market research
Check out our brand new people of Greece #infgraphic!
Wannna see more? Share your thoughts and stay tunned for more reasearch matterial. Visit our official web page and explore all our services and products. #qed

qed social and market research
New #infographic is out! Check it out below and share your thougths...

qed social and market research
#Friday= #Weekly #snapshot
Read and find out what's happening now in Greece! Feel free to interact and share your thoughts with us!
Want more? Visit our website and find out what Greeks think and what's going on social level during the pandemic!

The second heat wave of July leaves us with storm forecasts. Whilst the mutation Delta gets more and more alarming, new measures are being taken so as to achieve a massive vaccination. On the other hand, part of the population protests against the vaccination and the restrictions... #walk_the_thought

qed social and market research
New #infographic's out! Check it out below and find out what's the correlation between the #well_being_index and #vaccination process...